Life With A Pump

Saved by the Pump
Hi I’m Allan, aged 47, married with 2 young daughters and have been Type 1 since aged 19. In my job as an Aircraft Maintenance Engineer, safety of the aircraft fleet and everyone working or flying on them is the highest priority. For me that means Diabetic control must be maintained at all times, and on shift work, with a huge variation in work load & type, this takes a lot of achieving. On top of this there’s a whole pile of H&S bureaucracy ready to bite me if I don’t keep well controlled.
History
Luckily I have been OK for the last 28 years as I’ve not only managed to keep my job, but have also avoided any Diabetic complications. Most of the credit goes to the wide range of Health Professionals involved in Diabetes Management, as, without the Insulin, and associated equipment, test gear, R&D, plus, diagnosis, advice and support over the years, I would have reached my sell by date over a ¼ century ago! A small part of this may possibly be down to my choice not to smoke, and my Diabetic reaction to alcohol, which made drinking a non-starter. Oh OK, so I did drink for a couple of years prior to becoming Diabetic, but not enough to miss it when I had to give up! 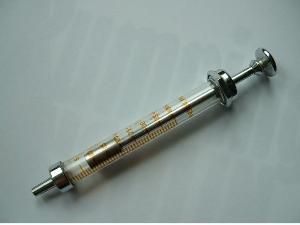 My first syringe was a ‘Jules Verne’s’ looking, metal & glass instrument which was high maintenance and only used once a day. In case you think one injection a day would be ‘a cruise’, consider the planning required to align meals with the 4 hourly peaks the Insulins of that time were designed to produce, and whilst on shift work too! With only urine testing to rely on, the results were history even before doing the test. This meant every move had to be carefully thought through, like a never ending game of chess.

There were considerable improvements over the years such as disposable syringes, blood glucose testing, better Insulins including standardization to u100 strength. Some of these changes took a bit of a learning curve, however, all helped improve control significantly. Once the rate of innovation had slowed I settled into a ‘comfortable’ position where my Diabetes was reasonably well controlled.
Setbacks
Then, 15 years ago I was knocked off my pushbike and suffered a head injury leaving me with badly degraded senses of taste, smell, and both long & short term memory problems. Without going into detail, this caused me very occasional missed or (worse still) double doses if insulin to be injected, for which I never managed to find a reliable method of prevention.
At the time I worked in the relative safety of the hangars where the work was of an overhaul nature, i.e. a steady pace, and involving lots of people. Everyone knew me and was aware of what to do in the event of a hypo. In this situation the risk of injury as a result of a hypo would be unlikely so the problems caused by poor memory were deemed tolerable. Recently, due to the recession in the aviation industry I had to transfer to operational aircraft work at the airport terminal. This meant working on several aircraft at a time spaced up to two miles apart, on 12hr shifts, with no set meal breaks, sometimes alone, and always to tight deadlines.
Just to make matters more interesting, I have been denied a permit to drive airside so getting about with tools & spares is done on foot, averaging nine rushed miles per day.
Saved
My response to this dramatic change was to run my BG deliberately higher than preferred during work hours in order to build in a ‘safety margin’ to avoid a hypo. This resulted in a significant rise in my HbA1c, which Dr Gallen spotted, and advised that this was unacceptable.
An Insulin pump was deemed to be the ideal answer and has proven itself beyond expectations over the last 8 months. Lots of people have their own reasons for preferring pump therapy but I think mine are a little different.
The pump history keeps a full record of all the Insulin taken so double doses are impossible. Missed doses can’t be prevented, but there’s no safety risk with this, and due to the frequency of blood tests would be picked up within a couple of hours anyway. 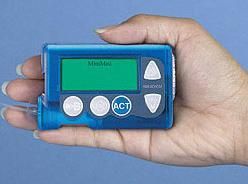