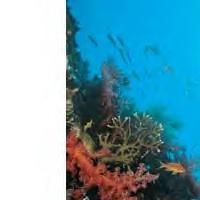 Diving and diabetes are potentially very risky, as cooling underwater and pressure both may mask the symptoms of hypoglycaemia. Clearly, hypoglycaemia deep underwater is potentially life threatening. For diet and tablet treated people, eating prior to the dive and omitting oral hypoglycaemia agents for the length of action of those tablets (usually 12 hours) prior to the dive is all that is required. However for insulin treated people, things are more complicated. How do you recognize a hypo underwater? Also, how do you deal with a hypo underwater quickly?

We have changed our stance on this one, we felt that that diving was not safe for insulin treated people, and is a sport too-far. But Dr Edge tells me that an 11 year survey of T1 diabetic divers has not demonstrated any serious outcomes, and that the only deaths were in people with tablet treated T2 diabetes who are likely to have had cardiovasular disease. For those of you who want to dive we give the BSAC guidelines.
Guidelines
The British sub-aqua club guidelines for diabetes (2003)
A diver with diabetes mellitus may have a hypoglycaemic attack while in the water, which may be fatal to himself or to his diving partner. The hypoglycaemic attack may be brought on by poor control of the diabetic condition or by an increase in physiological stress due to exercise, cold, etc.
The BSAC Medical Committee has decided that diabetics may be allowed to dive provided that they are able to pass the standard BSAC medical examination and in addition, satisfy the following criteria:
1. The diabetic has not experienced any hypoglycaemic attack within the last year.
2. The diabetic has not been hospitalised for any reason connected with diabetes in the last year.
3. The physician in charge of the diabetic at the diabetic clinic must consider the level of control to be satisfactory. This implies that the long-term control of the diabetic condition must be good. A guide to this may be obtained from the HbA or fructosamine level. The physician must also be able to state that he/she considers the potential diabetic diver to be mentally and physically fit to undertake the sport of diving.
4. There must be no microalbuminuria present. Any degree of retinopathy beyond background retinopathy is not allowed. There must be no evidence of neuropathy (sensory, motor or automatic), nor of vascular or microvascular disease beyond the background retinopathy in the eye.
The potential diabetic diver should obtain forms A and B from BSAC HQ, together with a leaflet which should be given to the BSAC Branch Diving Officer on successful completion of the medical. Form A must be filled in by the diver on an annual basis. Form B should be filled in by the physician in charge of the diabetic diver and this too, must be done annually. A copy of both forms should be made and returned to Dr C.J. Edge, The Stone Barn, Gravel Lane, Drayton, Abingdon, Oxon OX14 4HY. The physician performing the BSAC medical examination should be satisfied that the diver has a good knowledge of the risks being undertaken when diving, which are due to the diver’s diabetic condition.